Love is a force more formidable than any other. It is invisible – it cannot be seen or measured, yet it is powerful enough to transform you in a moment, and offer you more joy than any material possession could. – Barbara de Angelis

It was an unexpected love that became possible with the help of a loving sister and CF.

Patrick and Venus’s story was an unexpected love that became a reality through Chrisitan Filipina and Marife, Venus’s younger sister. Both of them were so excited to share how they found each other that they did not notice that they were on the phone with us for almost an hour. Patrick was talking about it like everything happened yesterday. 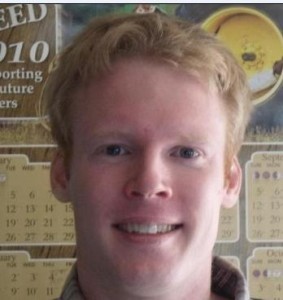 I was searching for a quality site that I can trust where I could meet sincere people. I found Christian Filipina, I joined and I met my wife here.

Patrick joined CF in April, 2010. He felt lucky to have met Venus through his sister-in-law, Marife, who was his long term online friend. “There was no spark between us, so I was not surprised when she eventually got back with her boyfriend and I was introduced to Venus who was also a CF member”. He sounded excited as he recalled how Marife introduced him to his future wife. “Venus is amazing, I was interested to get to know her well and she just makes me happy”.

He’s from Canada, 32, divorced with a son when he found out about Venus. He knew that Marife had an older sister who was still single so he dared to ask if it was okay to be introduced to her. Patrick was serious about finding his true love and God has his way to bless those who keep their faith strong. 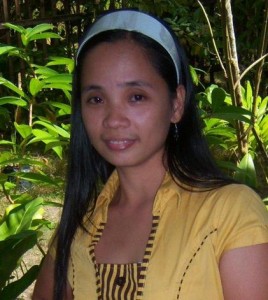 I'm a single lady ,looking for a responsible man and love me for who I am. I like to cook Filipino food.

Venus was also 32 at the time although she was not very active at CF. She joined in June of 2010 and she initially sought to meet men at their 40s. God knew what was best for her and through her sister she met Patrick. She recalls how Marife asked her if she was interested to meet her CF online friend and she was giggling as she recalls seeing Patrick’s picture. “No problem, look at his picture, he’s so good looking!”, that’s how she reacted to her sister. She was not in a hurry, she made sure that it felt right before she jumped into a relationship with Patrick. “He wrote me letters, I received 3 handwritten letters in the mail every month plus the daily emails he sent me”.

3 months of constant communication and they were ready to take the next level. In the summer of 2011 , Patrick flew to meet Venus and her family in Santa Catalina, Negros Oriental. He knew right away when he saw her that God granted his prayers. They were together for 2 weeks and talked about their life in the future. With five days left on his vacation, he asked Venus and her father for her hand in marriage; they agreed and everyone was happy.

“I took her to the jewelry store and told her to choose which ring she liked. It was one of the happiest moments of our lives”. The next day he had to leave her, but he promised that he would be back in 8 months for their wedding. Patrick sent her money each month for the wedding preparation. “It was a big wedding, more than 150 attended and there was “litson”, he said, giggling while he was explained about the entire roast pig. 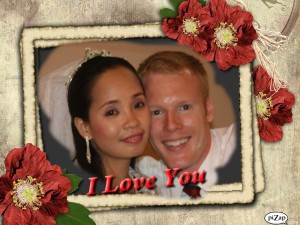 Venus arrived in Canada in February 2013, after 15 months of waiting. They are so in love with each other that they were able to work around their differences in their denomination. Patrick is a Baptist and Venus is a Catholic but they said, “We decided to respect each others faith and belief.” They came up with a mutual decision to spend a year taking turns each week either to attend a Catholic mass or Baptist Sunday service.

Before we ended our conversation, Patrick added an interesting detail about their relationship, he said, “there are moments when she’s on the phone, talking to her family, that I don’t have any clue what she’s telling them. Then she looks at me with a smile and I know that she is happy and I am too”.