Top international dating site ChristianFilipina.com has just been named the Best Mobile Dating Site at the 2014 iDate Awards. The ceremony, which took place January 15th at the Luxor Hotel in Las Vegas, recognized outstanding dating and matchmaking sites across many different categories. The iDate Awards were called "The Industry Equivalent of the Oscars" by BBC Radio 4.

The iDate Awards is an annual event dedicated to showcasing the industry's best online dating and matchmaking services. This year, Christian Filipina edged ahead of fellow dating sites Zoosk (the 2010 winner) and Grindr, which had won Best Mobile Dating Site for the past three years. This accomplishment marks a major milestone for the company as it looks back on an extraordinary year of growth in 2013.

Founded by industry expert Peter Christopher, ChristianFilipina.com has risen to prominence as a result of its integrity as an online destination for international dating. Its transparency and emphasis on creating a safe, trustworthy meeting place for men and women looking for companionship have set the site apart in an industry often shrouded by dishonest practices. Today, tens of thousands worldwide login to Christian Filipina to meet other eligible singles and forge meaningful, lasting relationships.

In addition to the just-announced recognition at the iDate Awards, ChristianFilipina.com has also been dubbed Best Niche Dating Site by the 2014 Golden Heart Consumer's Choice Awards. While in Las Vegas, owners Milyn and Peter Christopher had the honor of accepting both trophies. 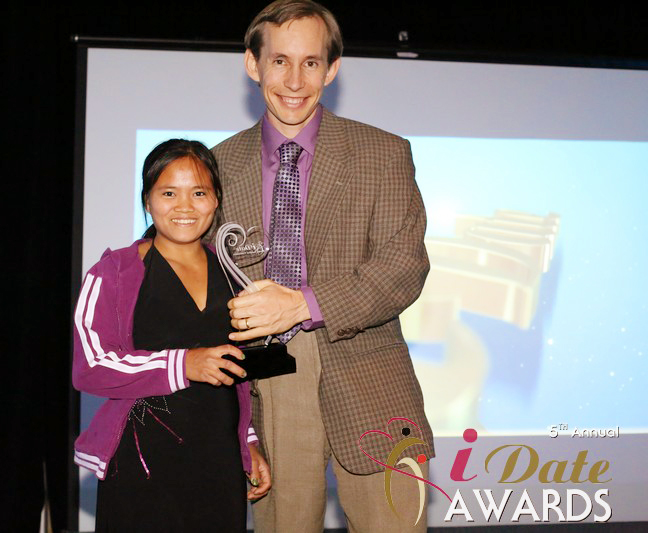 “The two awards we have won for 2014 are thanks to the support of those who matter most: the men and women who have found friendship and love through Christian Filipina.”

"We are honored by the support of our members from more than 20 countries," said Peter Christopher, Founder of ChristianFilipina.com. "The two awards we have won for 2014 are thanks to the support of those who matter most: the men and women who have found friendship and love through Christian Filipina."

The final list of winners and nominees for the 2014 iDate Awards can be viewed at the Official iDate Awards website. Winners of the 2014 Golden Heart Consumer's Choice Awards are now posted at Dating Website Review