When someone Becomes a Stumbling Block 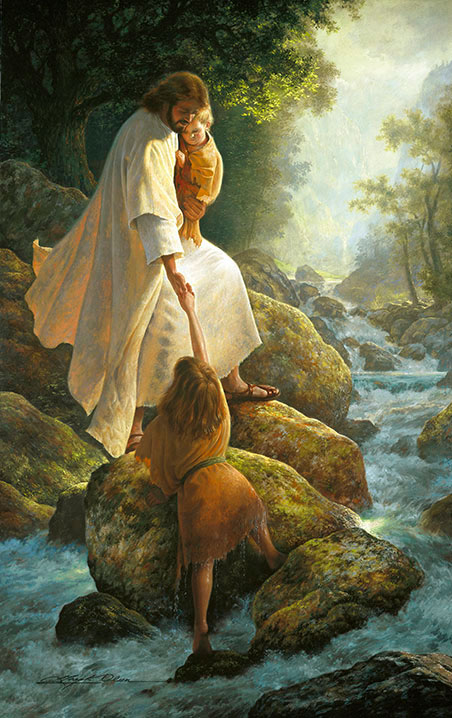 ‘So do not fear, for I am with you; do not be dismayed, for I am your God. I will strengthen you and help you; I will uphold you with my righteous right hand.’(Isaiah 41:10)

When someone Becomes a Stumbling Block

In order to avoid stumbling blocks, we need to recognize them when they arise along the narrow path. At the most basic level, a stumbling block is an obstacle to our progress in the Lord; it’s something that gets in between us and God’s perfect plan for our lives; it is anything that leads us into temptation. It’s a snare. Strong’s Concordance defines a stumbling block as “any person or thing by which one is (entrapped) drawn into error or sin.”

The phrase “stumbling block” is used 14 times in various translations of the Bible. I am going to focus on just one in this exhortation—one that came straight from the lips of the Anointed One to my spirit. It’s an example that shows how even those closest to us—even those called to walk with us and do great things for the Lord alongside us—can at times present a stumbling block in our path. How to we deal with people who present stumbling blocks in a spirit grace, mercy and love without falling into the trap?

Jesus called Peter a stumbling block after he rebuked the Lord for confessing that He must go to Jerusalem and suffer many things at the hands of the elders, the chief priest and the teachers of the law, and that He must be killed and on the third day be raised to life. Peter insisted that such a thing would never happen to Jesus. Selfishness was at the root of Peter’s words. Let’s listen in to how Jesus responded:

“Jesus turned and said to Peter, ‘Get behind me, Satan! You are a stumbling block to me; you do not have in mind the concerns of God, but merely human concerns’” (Matthew 16:23, NIV). Peter was more concerned about himself than the plan of God, and therefore presented a stumbling block.

Imagine if Jesus had entertained Peter’s words … “You know, Peter, you are right. That shouldn’t happen to me. That’s not really fair. I have never sinned. Why should I die for the sin of the world? Maybe I will call on the angels to deliver me. Humankind can deal with its own problems!” Thank God that Jesus did not fall into the snare.

Here’s the point: How often do those around us—even those with the best intentions—speak the opposite of God’s will into our lives? How often do they discourage us from following our God-given dreams because of their unbelief? How often do they get us stirred up when persecution comes and tempts us to retaliate or merely defend ourselves when God wants to vindicate us in His time?

No, Jesus didn’t cast Peter aside. But Jesus didn’t allow Peter’s hindering words to live in His heart, either. Jesus instead taught Peter the right way to respond: “Whoever wants to be my disciple must deny themselves and take up their cross and follow me. For whoever wants to save their life will lose it, but whoever loses their life for me will find it” (Matt. 16:24-25). Jesus didn’t exclude Peter from His inner circle or even sit him down for a season. In His mercy and grace, He helped Peter get his focus back on the concerns of God rather than merely human concerns.

Indeed, six days later, the Bible says, Jesus took Peter, James and John to a high mountain where they witnessed His configuration (Matt.17:1-11). What a privilege! Then came Peter’s test. Jesus predicted His death a second time: “The Son of Man is going to be delivered into the hands of men. They will kill him, and on the third day he will be raised to life” (Matt. 17:22-23). Although the disciples were filled with grief, Peter did not stand against the will of God. He did not present a stumbling block.

People may introduce temptations (stumbling blocks) into your life, however, the responsibility to walk in righteousness by the grace of God falls squarely on our own shoulders. God may indeed deal with the one who introduces the stumbling block, whether it be a spirit of error or some form of lust—the lust of the flesh, the lust of the eyes and the Pride of life—but the burden remains on us to discern, confront and press past that stumbling block no matter who introduces it and no matter what it is.
So what do you do if someone you are called to labor alongside in the kingdom—whether that is a family member, a spiritual leader or a friend—presents a stumbling block in your path? Of course be led by the Holy Spirit. Nothing I say here should usurp direct guidance from the Holy Spirit. But the Holy Spirit is always biblical. So I offer some words of wisdom from the Scripture:

Although there are certainly times when you must remove someone from your life who refuses to renounce and repent of a lifestyle or a doctrine that tempts you to stray away from God’s will, you shouldn’t make that move without doing what Jesus did: speak the truth in love, and if that doesn’t work take someone along with you to speak the truth in love. Remind them that whoever wants to be Jesus’ disciple must deny themselves—deny lusts, deny error, deny anything that would lead them outside the perfect will of God—and take up their cross and follow Jesus.

You have exceeded your quota for today for posting to the forum; would you like to upgrade your membership to take full advantage of the forum? If so, we also will allow you to use the special FORUM promo code valid today for you for a special discount by clicking the button below.